We had a long travel day today. Still stopped at some braw locations but we also spent long hours just riding through the Scottish countryside. 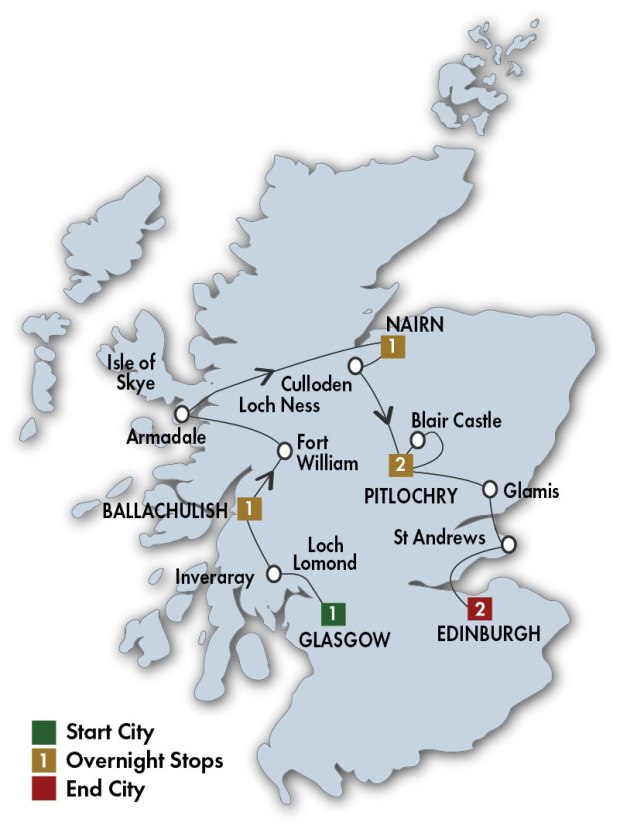 The day started as usual with a breakfast buffet. I now now that haggis is a wonderful dish! I do truly enjoy it. Wifey still hasn’t worked up the courage to try it.

Our hotel last night was on beautiful Loch Leven. Since I don’t sleep much anymore, I was up and took this shot of the Loch in the early morning mist.

Then it’s off to the races. Well, as much as a 48 passenger bus can race on narrow country roads. We passed through Fort William, but not slow enough for a picture. Actually, the only thing worth photographing was the ruins of the fort. But we went by it so fast I didn’t see anything to photograph!

An unexpected stop was at the Glenfinnian Viaduct. I’m sure most of you will recognize this from the Harry Potter movies. The train, The Jacobite Express, was not in the area when we stopped. But it didn’t matter to me as I’ve not seen any of the movies anyway.

Also in Glenfinnian is a monument to The Highlander. This monument is near the area where Charles Edward Stuart (Bonnie Prince Charlie) is said to have landed in 1745 to rally the highlanders to his cause to remove George II from the throne. It ended badly for the Jacobite army. I’ll have more on that tomorrow when we visit the Culloden Battlefield. 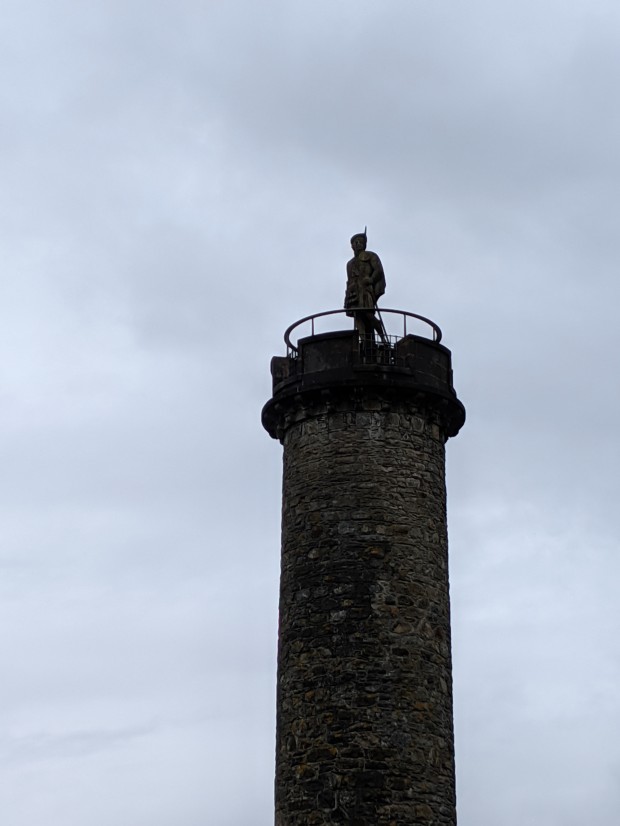 Monument to the highlanders lost in battle.

Then it was north to Mallaig Harbour to board a ferry to the Isle of Skye.

In Memory Of Those Lost At Sea

Our Ferry, The Lord Of The Isles.

It was one of the smoothest boat rides I have been on. Sadly, our time on the Isle was too short. We had no stops at all. I was really hoping to be able to see The Old Man Of Stor, but we never got close.

As we left the Isle via the bridge, we came upon Eilean Donan Castle. I do believe that the castle was used in the Outlander series, but it may only been a reference not an actual location. I’m sure there’s someone who can set the record straight.

We did however stop at Loch Ness which was also unexpected.

And yes, we saw Nessie! (Think I need a Scots language pack – autocorrect keeps trying to change all the Scots terms.) 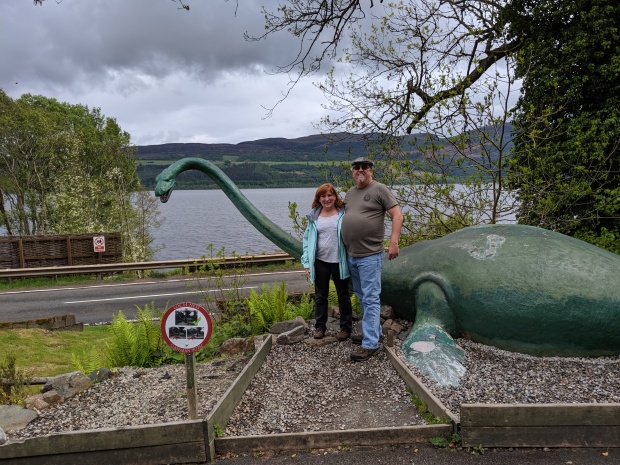 Then we finally made to our hotel in Nairn.

That has some coos adjacent.

And that was the day that was. Tomorrow is Culloden, some sheepdog demonstrations and a two night stay at the Atholl Palace Hotel in Pitlochry.